Smesh was thrilled to bits to win a Marketing Week Data Strategy Award for the Flickometer, which we developed for Orange’s 2011 BAFTA campaign, supported by production and design work from Poke and Flash build by Sennep. 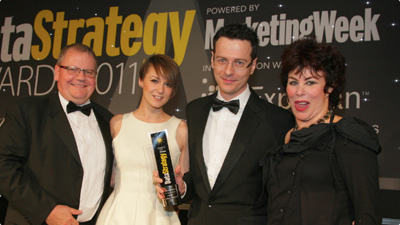 It is a universally acknowledged fact that nothing says ‘glamour’ like Data Strategy; something that Ruby remarked upon in various creative ways throughout the evening. Ruby looked a bit troubled when Liza from Orange, actually looking glamorous, turned up with Tom to collect the award. “Are you with him??,” asked a disbelieving Ruby.

Tom’s sense of outrage was soothed when the otherwise generously-proportioned Ruby had to stand on a plastic crate for the photo above. 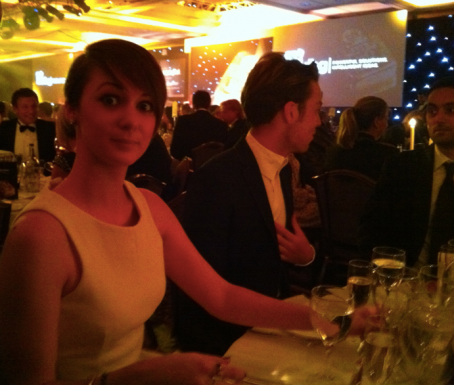