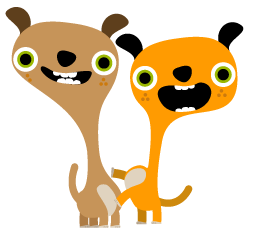 Founder of Smesh and its predecessor company; also ex Technical Director at fine digital agency Poke, winner of many Webbies and NMA’s ‘Most Respected Agency’ 2008 and 2009. Once-upon-a-time academic Computer Scientist.

Tom launched Smesh in 2009 while working at Poke. Smesh was born with the help of some kindly midwifery from Poke, and has grown and developed from there.

Once solely focused on tech, Tom has seen better qualified people screw up businesses enough times to decide he could hardly do worse, especially if he got a bunch of brilliant people to help him out. So far this is working out OK.

In 2008, James and Torie Chilcott founded Rockabox, a digital content, tech and distribution business. Prior to this he was co-founder and CEO of Tangozebra, the leading provider of digital marketing solutions in Europe, with a UK market share of 70% for its rich-media solutions. Tangozebra was sold to DoubleClick / Google in 2007.
In 2003 James was nominated as the most influential person in new media, by New Media Age magazine; two years later, Campaign Magazine placed him fourth in a survey of the greatest Internet pioneers. In 2006, he was nominated at the NMA awards for the greatest individual contribution to new media.

Alex used to make systems for mapping the seabed, but his seafaring days are now behind him.

He’s also a demon in the kitchen, and can probably handle more chilli in his food than you.

All of the wonders of ‘Portuguese’ and ‘developer’ rolled into a single, marvellous, tattoo-covered package. Sergio can eat his lunch far faster than anyone else, yet elegantly, so you don’t notice until he’s finished.

Jon was hired on the basis that anyone who can cope with the complexity of jazz drumming can laugh in the face of gnarly algorithms. This has largely proven to be true.

Dresses terribly smartly for a young geek. Also has the capitalist intuition (and concomitant morals) of Gordon Gekko, but delivers any evil commercial advice with a wry smile, which makes it OK.

Byron leaps into action if AWS decides to block writing to disk at 3am. He carries multiple phones with multiple different network SIMs in them, just in case. He once went on holiday to Borneo and took a satellite phone with him, just in case. You get the picture.

Sally helps bring order, mainly to Tom’s diary and Smesh’s accounts. Sally is lovely unless you don’t pay your bills, in which case she’ll hound you all the way to Mexico.

Peter earned his PhD at UCL, bringing gnarly stats to the world of anthropology. Peter knows more about stats and anthropology than most other people. He’s the sort of person who would be vexed by the vague and unquantified use of ‘more’ and ‘most’ in the last sentence.

Rex’s life consists entirely of having fun and drawing cool stuff, but he’s so nice, no-one hates him for it.